From Cyber Island to Smart Mauritius

Cyber Island? Smart Mauritius? - What is Emtel talking about?

"With the majority of the population living in urban environments today, the concept of "Smart Cities" has become an urgent necessity. "Smart Cities" refer to an urban transformation which, by using latest ICT technologies makes cities more efficient.

Many Governments are setting out ambitious plans to build the cities of the future based on massive connectivity, high bandwidth communications, intelligent sensors and analysis of huge volumes of data.

Various researches have shown four key enablers for smart city success - Government leadership, suitable technology infrastructure, solid public-private partnerships and engaged citizens. It is around these enabling factors that telecoms companies can play a vital role in assisting governments to deliver on the smart city vision."

The Emtel Knowledge Series goes in compliance with Emtel's 25th anniversary celebrations throughout the year and the master of ceremony, Kim Andersen, mentioned that there will be more upcoming events on a quarterly base. As a representative of the Mauritius Software Craftsmanship Community (MSCC) there was absolutely no hesitation to join in again. Following my visit to the first Emtel Knowledge Series workshop back in February this year, it was great to have another opportunity to meet and exchange with technology experts. But quite frankly what is it with those buzz words...

As far as I remember and how it was mentioned "Cyber Island" is an old initiative from around 2005/2006 which has been refreshed in 2010. It implies the empowerment of Information & Communication Technologies (ICT) as an essential factor of growth by the government here in Mauritius. Actually, the first promotional period of Cyber Island brought me here but that's another story.

The venue and its own problems

Like last time the event was organised and held at the Conference Hall at Cyber Tower I in Ebene. As I've been working there for some years, I know about the frustrating situation of finding a proper parking. So, does Smart Island include better solutions for the search of parking spaces? Maybe, let's see whether I will be able to answer that question at the end of the article. Anyway, after circling around the tower almost two times, I finally got a decent space to put the car, without risking to get a ticket or damage actually.

International speakers and their experience

Once again, Emtel did a great job to get international expertise onto the stage to share their experience and vision on this kind of embarkment. Personally, I really appreciated the fact they were speakers of global reach and could provide own-experience knowledge. Johan Gott spoke about the fundamental change that the Swedish government ignited in order to move their society and workers' environment away from heavy industry towards a knowledge-based approach. Additionally, we spoke about the effort and transformation of New York City into a greener and more efficient Smart City. Given modern technology he also advised that any kind of available Big Data should be opened to the general public - this openness would provide a playground for anyone to garner new ideas and most probably solid solutions of which no one else thought about before. 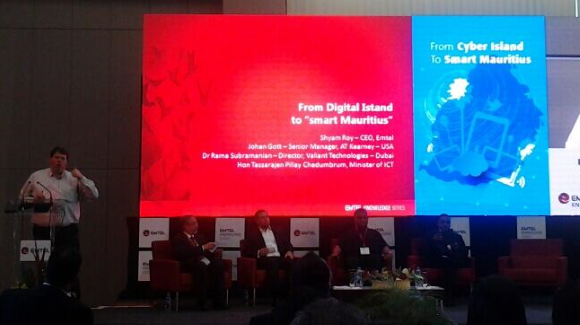 Later during the afternoon that exact statement regarding openness to and transparency of government-owned Big Data has been emphasised again by the Danish speaker Kim Andersen and his former colleague Mika Jantunen from Finland. Mika continued to underline the important role of the government to provide a solid foundation for a knowledge-based society and mentioned that Finnish citizens have a constitutional right to broadband connectivity. Next to free higher (tertiary) education Finland already produced a good number of innovations, among them are:

General access to internet via broadband and/or mobile connectivity is surely a key factor towards Smart Cities, or better said Smart Mauritius given the area dimensions and size of population. CTO Paul Valette gave the audience a brief overview of the essential role that Emtel will have to move Mauritius forward towards a knowledge-based and innovation-driven environment for its citizen. What I have seen looks really promising and with recently published information that Mauritians have 127% of mobile capacity - meaning more than 1 mobile, smartphone or tablet per person - it will be crucial to have the right infrastructure for these connected devices.

How would it be possible to achieve a knowledge-based society? YouTube to the rescue!
Seriously, gaining more knowledge will require to have fast access to educational course material as explained by Dr Kaviraj Sukon, General Director of the Open University of Mauritius. According to him a good number of high-profile universities in the world have opened their course libraries to the general public, among them EDX, Coursera and Open University. Nowadays, you're actually able and enabled to learn for and earn a BSc or even MSc certification on your own pace - no need to attend classed on campus. It was really impressive to see the number of available hours - more than enough for a life-long learning experience!

Networking in the name of MSCC

As briefly mentioned above I was about to combine two approaches for this workshop. Of course, getting latest information and updates on Emtel services available, especially for my business here on the west coast of the island, but also to meet and greet new people for the MSCC. And I think it was very positive on both sides. Let me quickly describe some of the key aspects that happened during the day:

Once again, I'm catching up on a couple of business cards in order to provide more background information about the MSCC, and to create a better awareness of MSCC within the local IT businesses. There is more to come soon!

The number of attendees during this event has been doubled or even tripled this time. The whole organisation has been improved massively and the combination of presentation and summarizing panel discussions was better than during the previous workshop back in February. Overall, once again a well-organised workshop and I'm already looking forward to join the next workshop in Q3.

End of July we finally managed to visit the Emtel Data Centre in Arsenal. It was an interesting opportunity for some of our MSCC members. 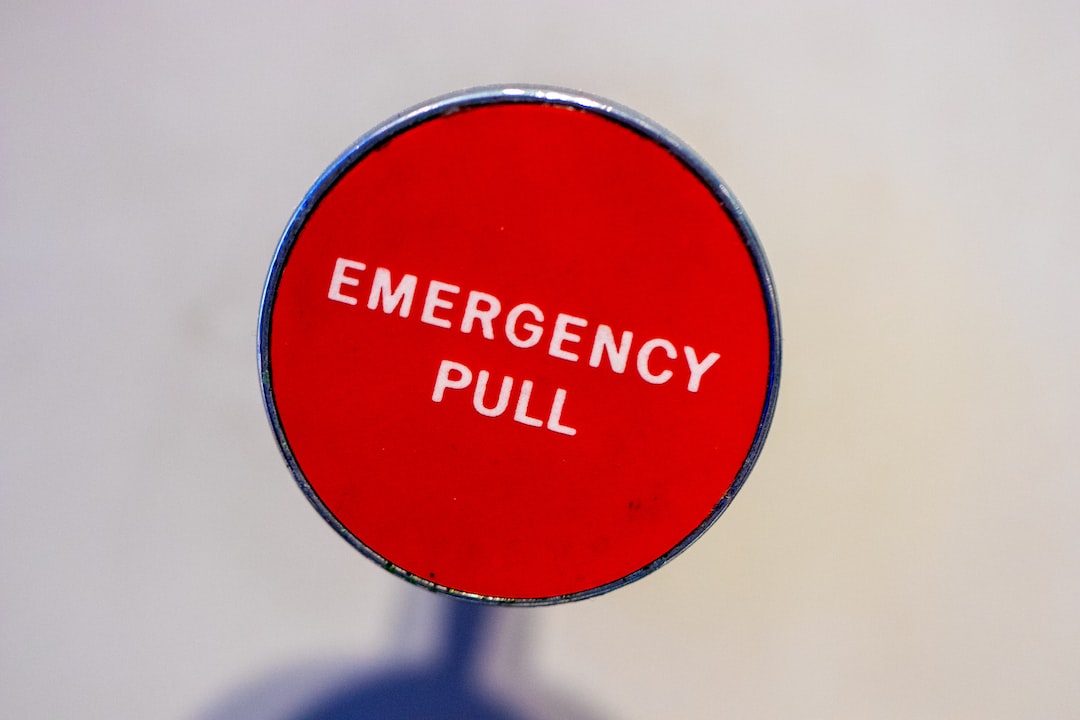 MSCC meeting of June: You're working in IT and not using any kind of version control system? Sorry, then you're doing something wrong! 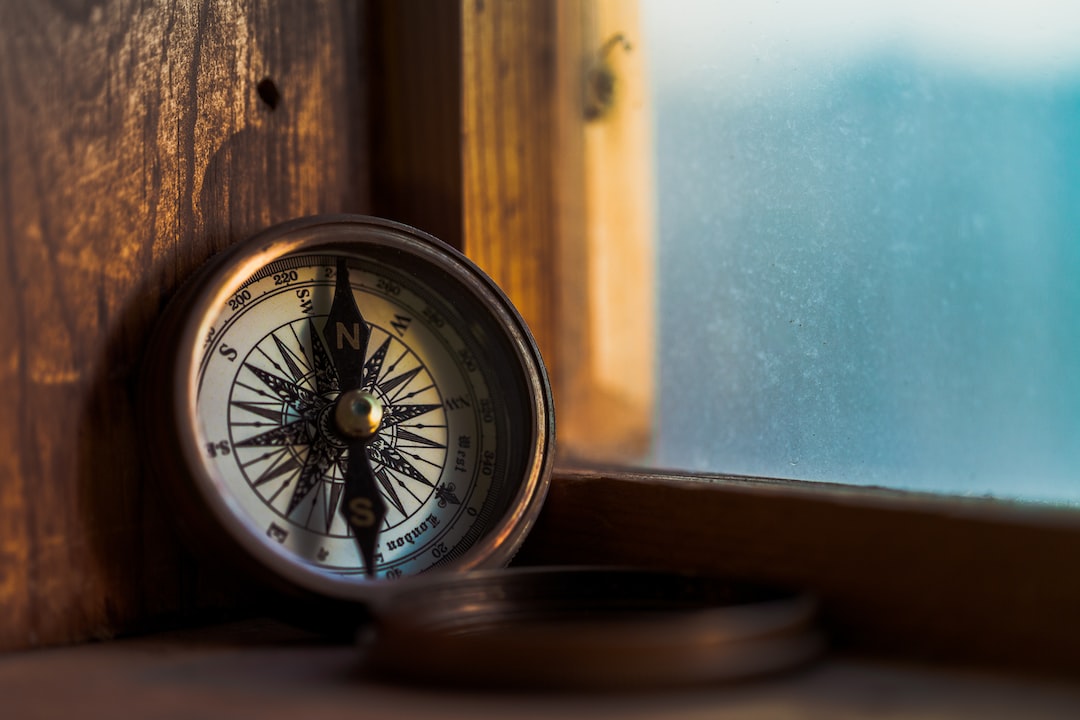 Get Blogged by JoKi
—
Emtel Knowledge Series - Q2/2014
Share this